Janet Gleave... The Elegance That Is Ballroom

There probably isn?t a single competitor in any country who doesn?t know the name Janet Gleave, eight time World Professional Standard Champion and winner of every major event worldwide. Janet, always humble and sincere, epitomizes the style of Standard B 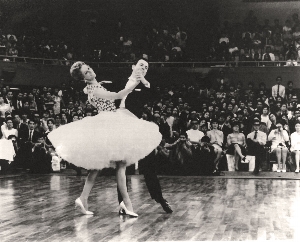 A health major in college, Christine Zona has always been interested in physical, emotional and mental wellness. She is currently working on combining her dance expertise and healthy lifestyle knowledge to give dancers a lifestyle program that will increase their energy, enhance their performance and reshape their bodies.

Bring it on! And strut your stuff! Bring your dancing to the next level. Join the glitz and glamour of competitive Dancesport. Showcase your skills and WOW the crowd. Sizzling or sophisticated - If you got it, flaunt it.