When a student is taking lessons with multiple teachers, sometimes they feel they're being told different things. How does a teacher handle this kind of discrepancy responsibly and ethically? 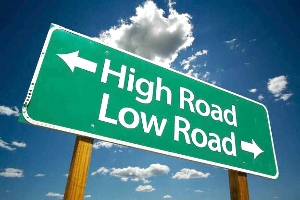 Diane Jarmolow is a pioneer in the field of ballroom dancing. She founded the first vocational training for ballroom dance teachers, the Ballroom Dance Teachers College (BDTC). Based in Oakland, California, BDTC has trained hundreds of people to become successful dance instructors, and Diane's BDTC-in-a-Box is being used to train teachers in studios throughout North America and abroad.

Do you need to dust off your dancing shoes or mend the soles? Either way, you need more Dance in your life. Restarting, relocating, training, and technical development are great excuses to dance more. So go! Go on and Dance!

Bring it on! And strut your stuff! Bring your dancing to the next level. Join the glitz and glamour of competitive Dancesport. Showcase your skills and WOW the crowd. Sizzling or sophisticated - If you got it, flaunt it.

Bring joy, passion and confidence into the lives of others! Consider training to become a dance educator and change lives for the better.